Growing up we all had our heroes, whether they were part of our lives, celebrities or fictional characters of some sort, there was someone we looked up to. Usually, those heroes change as we grow and our goals and ideals change, but there’s always someone that stays in your heart. One of my heroes for as long as I can remember is Anne Shirley, from LM Montgomery’s Anne of Green Gables (1908), which also coincidentally happens to be my all time favourite book!

This post features pictures from my trip to Cavendish, PEI (where Green Gables Heritage Place is located) in 2008, my parents surprised me with the visit while we were moving me to Nova Scotia for school.

If you have not had the pleasure of reading this great Canadian novel, it is out of copyright and available as a free download in many places or of course you can check your local Library! If you haven’t read AoGG, then you’re likely sitting there reading this wondering why I love Anne Shirley so much, and I’ll tell you why below. 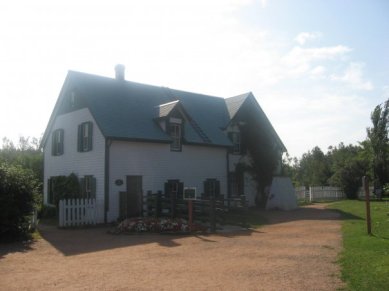 Anne Shirley is a strong willed woman who has no intention of living a boring, homebound sort of life. She plans on marrying someone dark, handsome and romantic and becoming a published novelist or poet. 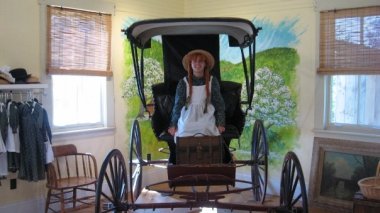 In 1908, women did not have the vote, were expected to raise families, and were expected to follow the wishes of men. Anne Shirley, an orphan who bounces from house to house, has higher ambitions than that. She spends her time leading up to living with the Cuthberts mostly being a home girl – cooking, cleaning, watching after children (twins are her lot in life). Anne didn’t establish any firm, lasting relationships in her time bouncing from house to house – she did however establish a very active and vivid imagination. She imagined she had a different name (Cordelia) and lived a romantic life rather than the tragic one she had been given, but was never able to imagine away her red hair. 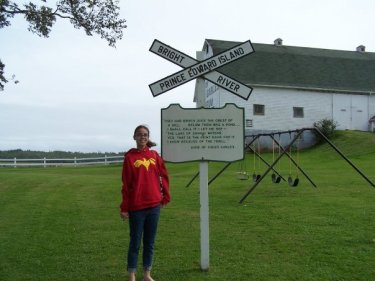 After a bit of mix-up and confusion, Anne moves in with Marilla and Matthew and all of a sudden her world changes – there are no children to take care of, Marilla runs the house like clockwork, and Matthew refuses to give Anne up to bring in another child to help with the farm. Anne gets to be a kid for the first time in her life – attend school, make friends and be part of a family. I will be perfectly honest, this part of Anne I could never relate to, my parents are alive and well, and I have an abundance of family. I come from two very large families, so I am related to a lot of people, I have never had that feeling that I didn’t belong to anyone. 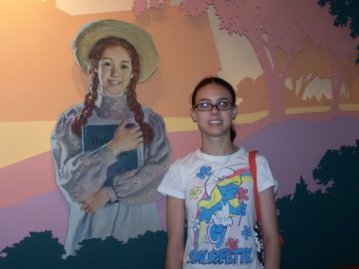 Back to Anne. One of the reasons Anne is one of my absolute heroes is the way she treats her relationship with Gilbert Blythe. Gilbert is a typical teenage boy, who happens to be considered the most handsome in his class – he teases the girls, flirts with them, pulls their braids – generally not desirable behaviour. Except, it was ingrained in society even back in 1908, that if a boy teases you and focuses that much time and energy on you, (even if it seems negative) it means he likes you, and as a girl/woman, you should be flattered. Anne took the exact opposite response to Gilbert’s “Carrots!” display, rather than being flattered, she gets furious and slams a slate over his head – yes, a little over dramatic, but she had not indicated to Gilbert that his flirting and attention was welcome. Of course, Anne received the punishment and Gilbert was left stunned (which of course continually happens when women react to unwanted attention from men), but the resentment in Anne towards Gilbert would cost him for a long time.  Anne does not let Gilbert get away with his actions so easily, even though he pretty much begs for her forgiveness and friendship. It takes a long time for Anne to decide that Gilbert has in fact showing her the respect she felt she deserved, and he wasn’t acting like a child towards her. 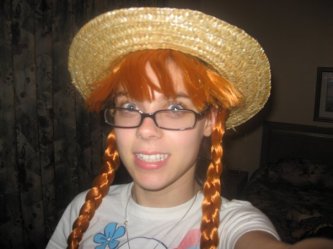 Anne is determined to become a career woman instead of a homemaking wife, and tries to keep Gilbert at a distance as a result. He persists however, and even gives her the Avonlea school (they both became teachers) so she can still live at Green Gables after Matthew passes away (a death I have still not gotten over by the way) to help Marilla out. Eventually, Anne realizes that she has grown to love Gilbert, but she enters a relationship with him entirely on her terms, and she figures out that what Gilbert loves about her is her independent personality and drive, and he never intended to stifle that. He allows her to figure all of this out on her time, and on her terms, and unfortunately he fell in love with a very hard headed, stubborn redhead and had to wait a long time. 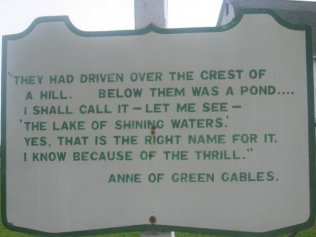 Other than my Mum, Anne was my first real introduction to feminism (yes, I was read books like the Paper Bag Princess by Robert Munsch, Elizabeth is a strong, feminist character, but I didn’t realize that in my young age), and gave me concrete examples of actions from boys I don’t have to put up with, and that a relationship (or lack there of) doesn’t need to define my future in any sort of way. Anne doesn’t allow the people around her to dictate how she feels or what she wants to do, she is firm in her ideals (however far fetched and crazy they may seem to others) and comes to reality in her own time. Her fantastical goals don’t actually harm anyone, so there is no reason to stifle them, and she really doesn’t allow anyone to. Yes, they get her into trouble at times (like dying her hair green or sinking Mr Barry’s boat), but for a child who didn’t have a real family until her teens, she turns out just fine.

Who are YOUR heroes? Let me know in the comments!