Welcome to another WOW! Women on Writing book tour! I am so grateful for the tours I’ve taken part in so far and this one is no exception! Today I bring you my review for Acts of Forgiveness: Faith Journeys as a Gay Priest by Ted Karpf.

*DISCLAIMER: I received a free digital copy of this book in exchange for a honest review*

“Is anything or anyone unforgivable?” Ted Karpf (p.29)

Let me paint you a picture. It’s the 1980’s, the AIDS crisis is in full force and in the thick of it, a priest who is coming to terms with his own sexuality. The Reverend Canon Ted Karpf presents an emotional memoir about his journey of being a gay priest, father, son, friend and lover.

You can imagine that the life of a gay priest must not have been easy, especially in the time frame of this book. From parental shame and abuse, to personal denial, complicated relationships and the changing political landscape with Gay Rights and the AIDS Crisis.

Karpf outlines in Acts of Forgiveness that his parents (especially his father) were not too happy about the fact that very early on in his life it was very clear that he was a homosexual. Later in her life, Ted’s mother admitted that they did everything in their power to try and make him heterosexual, and they made Ted’s life horrible as a result. Years of abuse and belittling from his parents lead to a damaged family dynamic (at Ted’s father’s funeral, his brother excluded his existence, and beforehand it was clear that he wasn’t invited).

In the 70’s, Ted married a woman named Kaye, and they had two wonderful children together – Deborah and David. After 13 years of marriage, Ted and Kaye decided to divorce so Ted could be be his true self. Many bumps in the road happen, as well as many wonderful moments, but one this is for sure – Ted is a dedicated father, and now grandfather.

After his marriage ended with Kaye, he began a long term relationship with a man named Buck, that ended a bit bitterly in 2000. While the relationship ended on bad terms, Ted was able to feel his grief for it’s closure, while not hoping for it to return – despite a request from Buck. Archbishop Desmond Tutu helped him with that, to forgive and be forgiven.

“Until you love him.”

During the AIDS Crisis in the 1980’s, everyone was terrified of this disease. People who tested HIV positive and later developed AIDS withered away, who were seemingly perfectly healthy before the diagnosis. There was a lot of confusion and uneasiness about it, and the amazing treatments that exist now didn’t at the time, AIDS was too new. Once the disease progressed, all that anyone could do for patients was to give them support and keep their mind at ease while they died in hospice. As an Episcopal missionary in the 10-million member Anglican Church of Southern Africa,  he served as Provincial Canon for HIV/AIDS and Deputy to the Archbishop of Cape Town. He has been a principle educator on how to prevent HIV/AIDS and has provided spiritual guidance and comfort to many who have battled this disease.

“God has told me, Jesus has shown me, and I have spent my entire life being with the dying and the living as an advocate for the downtrodden and oppressed.”

Before I give away too much of Ted’s story (which I’ve barely scratched the surface of),  I’m going to leave it at that and tell you that you NEED to get your hands on this book!

You can find more inforamtion about this WOW! Women on Writing Book Tour, as well as an interview with Ted Karpf and a giveaway here.

Information about Acts of Forgiveness:

Acts of Forgiveness is now available to purchase on Amazon.com, Target.com, and Barnes and Noble.

About the Author, Ted Karpf 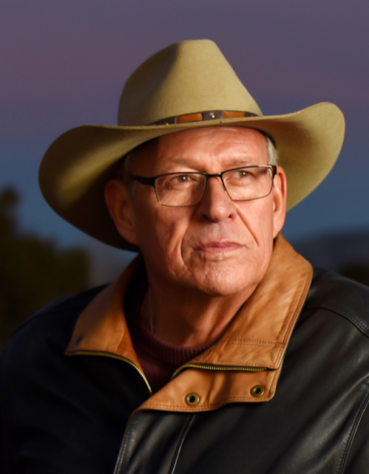 Ted Karpf is a priest, public servant, international diplomat, journalist, university administrator and educator. He was educated in New York, Texas and Massachusetts. A gay man, Ted is a father and grandfather. He has been and remains a man who reflects the times in which he has lived while offering a hopeful vision for the future. Ted watches clouds and tests the winds and prays while residing in Santa Fe, New Mexico.

Thank you for reading this review on another WOW! Women on Writing book tour!