When my doctor announced that she wanted to send me to Winnipeg for a Fetal Assessment, I asked her my questions and then hit to Google to find some other expecting mothers that had gone through a fetal assessment, all I really found was “It’s a more in-depth ultrasound” – which meant absolutely nothing to me! So I felt as if I went into my appointment pretty blind.

I feel as if a bit of background is required before I dive into what a fetal assessment is.

Many of you know (or now you do if this is the first you’re reading of this) that I was born with a heart condition. A non-complicated structural abnormality known as a Function Bicuspid Valve, or Aortic Valve – where the opening of my Tricuspid Valve (which is supposed to have three ‘flaps’), looks as if two of the flaps have fused and pulled back, making it that my valve never fully closes, and there is constant blood flow into that valve. It’s called a Bicuspid because two of the ‘flaps’ formed together as one, and it’s still functional – so it really is not a worry at all! The main concern is that if I got a major infection, with the blood staying in my heart a little longer than it should, the infection may effect my heart. Or that if I experienced trauma (say a car accident), the valve may collapse. I have never once had problems with it, I thought I was symptomatic once, and it turned out I pulled a muscle in my chest! Got my family all worried for NOTHING! I take antibiotics before dental work, and everyone around me knows my symptoms, I have everything under control 🙂

So when I got pregnant, my OB-GYN sent me to see a cardiologist to make sure that my pregnancy was essentially playing nice with my heart condition – and everything’s all good 🙂 but part of the cardiologist’s report stated that because my heart condition *can* be hereditary, there was a 50% chance the baby would have the same heart condition as me – so she referred me for a fetal assessment.

Now to the original question: what is a fetal assessment?

A fetal assessment is a more in depth ultrasound that looks at the organ systems of the baby, as well as looks for deformities such as cleft palette, physical deformities and conditions such as Down Syndrome. This first test normally takes place between 18-22 weeks gestation (as I was told). You require a referral from either an OB-GYN or your GP to get a fetal assessment. In Manitoba, You will not be sent for a fetal assessment unless you have a preexisting condition or there are suspicions from your doctor (either through blood testing or ultrasound) that there may be a condition that needs to be made aware in your baby. EDIT: I have discovered that in Ontario, all expecting mothers get sent for fetal assessments in their 20th week, this is not the practise in Manitoba.

If you received the genetic testing and received a (potential positive) for a specific condition – you will be sent for a fetal assessment to take a better look at the baby. NOTE: those blood tests often mean NOTHING, so there is no reason to panic! Many unborn babies that have tested “positive” for a condition are not born with that condition!

What happens in your appointment?

Like in any other hospital, you check in at admitting first (unless that hospital doesn’t require it for returning patients) and you are given your card and forms to take to the Fetal Assessment Unit where you would go talk to the clerks. Then you usually play the waiting game – my appointment was schedule for 1:30 PM, and it was almost 2:30 PM when I actually got in the room! They schedule quite a few mothers at the same time, so you just have to wait for a bed to open up.

TIP: ask ahead of time if this hospital requires a full bladder for this assessment, because mine did not, but I didn’t know until I walked into my appointment and the tech asked if I needed to use the washroom, so I had been holding my bladder for quite a long time by that point for NO REASON.

When it was finally my turn and I got into the room, I went straight to laying down on the bed for the ultrasound – no weight or blood pressure taken (which was honestly a relief! I feel like I have put on a lot of weight and didn’t need to know that day). I spent the next hour on the bed with the tech taking ultrasound pictures, examining baby’s organs and limbs, and taking measurements. She then took the pictures to the doctor on the ward, and it was back to waiting.

I will say, the room that my fetal assessment was in was a very relaxing room, and often hospital rooms are anything BUT relaxing!

Once the doctor was able to make it to my room (one doctor, four fetal assessment beds – remember?), he decided instead of going solely on the images and measurements the tech had taken, to look at the baby through ultrasound himself. Let me tell you, at that point it had been almost an hour and a half of the ultrasound gel being on my belly, and my belly was NOT HAPPY.

Once the doctor was done his assessment, he gave me his initial findings about the baby’s heart (which we were concerned about) and let me know that he wanted to see me again. NOTE: You may not have more than one fetal assessment during this pregnancy, mine is more of a formality because of where my heart condition lies.

Will I find out the sex of my baby at the Fetal Assessment?

Maybe. It honestly depends on how far along you are and if your baby decides they want to be in an agreeable position for the tech to determine if your baby is a boy or a girl. That being said, I found out what my baby’s sex is – but we’ve decided to keep it to ourselves as long as we can handle to keep the secret!

Is my partner allowed in the room during the Fetal Assessment?

Most likely yes. For some testing, the particular hospital may not allow anyone else in the room during the actual assessment – this is something you should ask about ahead of time if it is something you might get offended or emotional about. I personally went to my appointment alone as I traveled to another city to have the testing done, so I was offered to bring someone in, but I didn’t have anyone to bring in with me.

I had another ultrasound in my home hospital that it clearly stated on my forms that no one would be able to be in the room during the actual testing, but can be invited in at the end, so I would check before you go.

Will I get to take images home with me?

This is something you will have to ask for, I was not immediately offered any print outs of my assessment, but when I asked I was given 7 images printed out free of charge. TIP: Some hospitals charge for this – bring some cash with you to your appointment just in case. During another appointment I was charged $20 to get a discs burned of 14 images of the baby.

How will I get the results of my Fetal Assessment?

The doctor during your assessment might give you some initial results – but it depends on the doctor.

Results will more than likely be sent to your primary caregiver during your pregnancy, specifically the doctor who referred you for a fetal assessment in the first place. If you have any concerns about your test results, you can schedule an appointment or call to talk to their nurse. If there is anything pressing or time sensitive in your results, they will phone you to bring you in. If this happens, don’t panic! It may not be a serious as I’m sure you’re thinking! Otherwise, you can wait until your next scheduled appointment to discuss your results. 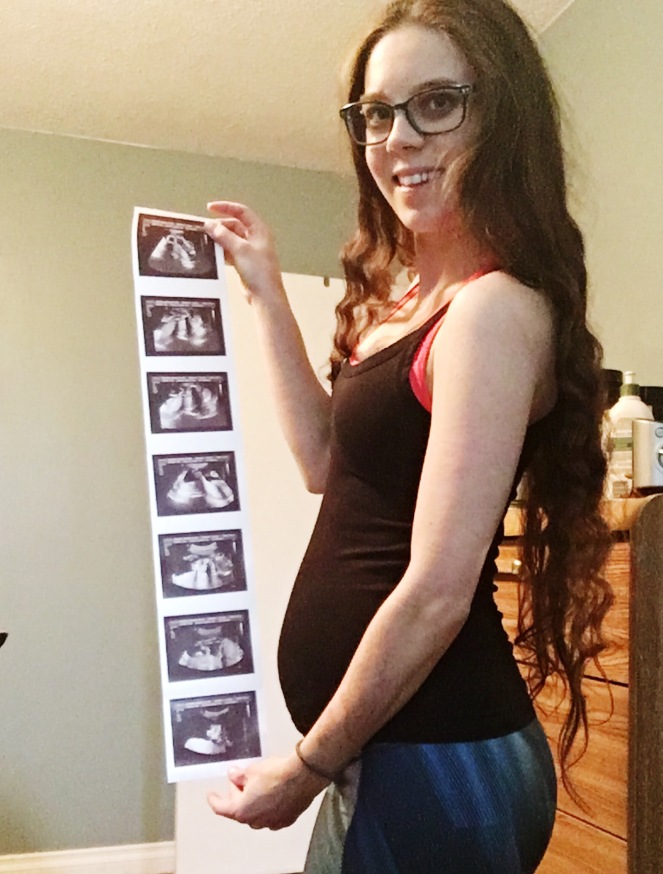 Mamas! Have you received a fetal assessment? What was YOUR experience like? Let me know in the comments!

5 thoughts on “Pregnant Diaries: What is a Fetal Assessment? ”